Nov. 05 ‘84 (7:00pm) The meeting was arranged on a secluded road a few miles out of town. When I arrived the three men in their black suits seemed to be so out of place with their ties and spit shined loafers. Even the car they came in didn’t fit out here in the wilderness . Usually there were Pick-up trucks with gun racks and ropes hanging off of them. Here they were all dressed as if headed for a funeral in the middle of the wilderness while I came dressed as if I was ready for a hog hunt.
I climbed into the back of the car as the tall skinny guy starts with introductions and a cigarette. Within minutes they are bombarding me with questions barely giving me time to answer one before another agent would fire away with another question from a completely different direction. Left field, right field, center field, foul. It seemed like a baseball game without any organization and even became quite chaotic at times to say the least. At some point they even started asking each other questions as if I wasn’t even in the car. We arrange more meetings over the next several days always changing the location by a few miles. I didn’t hear from them for awhile and was beginning to think the whole thing was over when out of the blue I get a phone call for another rendezvous. This time the Tall agent brought other agents and the introductions were done all over again, as if I was going to remember any of these guys names, or even wanted to. The secret meetings went on for weeks
but there never seemed to be anything secret about them when you consider the agents always showed up in suits and a bright shinny car in the middle of the wilderness. These guys stuck out like football players on a basketball court.
I must have been asked at least a dozen times already but here we go again. No I don’t hold grudges, No I don’t have anything personal against anyone. No I’m not in this for any type of monetary gain. The questions kept coming and I was getting impatient as they seemed to repeat the same questions every third round of questioning. It was obvious that they were trying to trip me up and tangle me in some kind of lies and or deceit.
Climbing back into my truck I head further in the hills to gather my thoughts and settle my nerves. What have I gotten myself into? Is this going to be a mistake working with these guys? Maybe I should go it alone! Why did I ever call them? I glance into the rearview mirror as their tail lights disappear in the distance. These guys are full of doubt and after weeks of questioning seem to think I have wasted their time and this whole thing is some kind of a ploy to distract them from their usual business. I try to explain that I have better things to do than waste my time each week meeting them on back road’s three nights a week, week after week. I’m ready to take some action. These repetitive meetings are beginning to waste my time. We have gone over this time and time again. I’ve answered all your questions and now maybe it’s time you answered a few of mine. Specifically are you going to do something about it, or do I have to do it myself? Remember I called you offering my help and now you make it look as if I’m the one wasting your time.

June 16th ’86 (8:00am) The cuff on my arm was uncomfortable to say the least and the clips on my fingers weren’t much better. It was supposed to last for about an hour but time seemed to stand still. It seemed as though two hours had passed, but there wasn’t a clock in the room so I couldn‘t be sure. I was beginning to sweat for no reason at all and my nerves seemed to be coming unraveled. I began thinking back to when this whole thing started, How the questioning was repetitive and relentless. The only difference was that there were three men shooting questions from three different directions and this time it was just myself and the one agent in the room. The room smelled of sweat and stale air and I couldn’t wait to get back home. But, wait; was just what I was going to have to do. This had already taken two years of my life in a whole different direction and it was far from over.
I spent two and a half hours on the lie detector before getting my first break. Even then it wasn’t much of a break as agents gathered around me asking hundreds of questions and patting me on my back for my participation and commitment to the cause. The agent in charge came in a escorted me to another room where a long table was set up in the middle of the room with eight uniformed agents and two well suited men with note pads neatly arranged in from of each individual. The questions began again. Same questions, Different people, different place, different time.
Three days have passed and the meetings are over. No-one gas given me any feed back and I’m so in the dark that “lost” doesn’t begin to describe how I feel at this time. As I arrive at the airport I am told not to discuss any thing that has happened over the past three days, much less the past two years, with any of my friends, anyone at home, or back at the office. Not even Charlene, no-one must know. I will be met by agents when I arrive at the airport, whom will escort me directly to a hotel room, at an undisclosed location, where I am to remain in hiding until someone comes for me.

June 20th ‘86 (10:00am) The agency transported me by private jet back to my home town, but, I couldn’t go home. They attached an agent to me whom drove me to a secluded hotel room and instructed me not to open the door for anyone as he would be my only contact for the next few days. His job was to bring my meals and any personal effects I may need. We arranged a tentative schedule for the meals and
he left me alone for the night. Rested up from the jet lag and the mental strain of the last three days, all I could do now was sit and wait it out. Several hours passed that next morning as I starred at the walls and the TV. My mind was wandering all over the place thinking of all the possibilities of my future. What would the repercussions be for my actions? What would the future bring? Where do I go from here. No-one showed for breakfast and hunger was beginning to overwhelm me. I decided that a short jaunt to a popular local fish house just down the road wouldn’t hurt, not to mention I could use the fresh air and exercise.
Within minutes of my return to the room there was a knock on the door. I didn’t think twice as I opened the door, considering I was expecting the agent to come by at any time. The moment I opened the door to discover the person standing there wasn’t the agent at all, it occurred to me that I had just made a big mistake. The individual stood there motionless for what seemed like an eternity, his face shielded by a motorcycle helmet with his hands to his sides. I was about to slam the door when he reached up and removed the helmet revealing his identity.

What happens next?
This is a book in progress and any feed back Encouragement or Criticism is greatly appreciated
Posted by Unknown at 1:14 PM 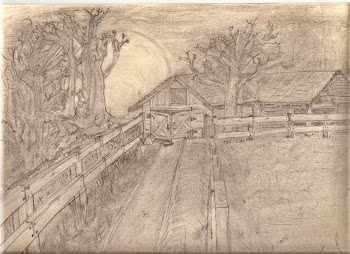 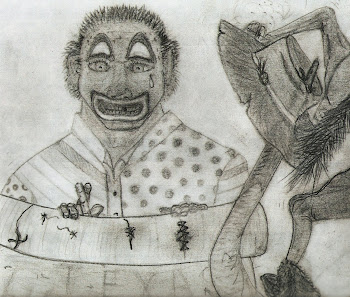